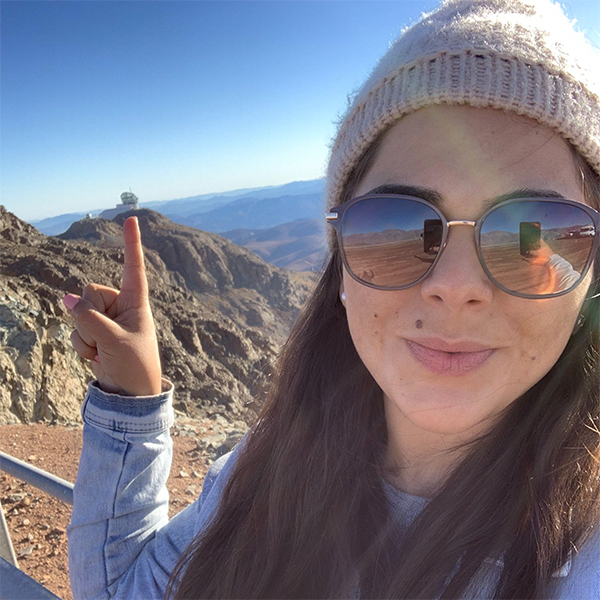 Yasmín is a STEM Educator Officer, working for Associated Universities, Inc. She has a history of teaching astronomy and STEM-related topics in Chilean schools and Universities, having completed her Master’s degree in Education from the University of Bío-Bío in Concepción, Chile. Yasmin is a member of the MAPU TRAFUN association, and being of Mapuche origins, she has been working for the past years to preserve and share the Mapuche indigenous roots, knowledge and ways of knowing the universe through social and educational activities. She serves as the current President and CEO of the Janequeo Foundation, the Governing Council Chairperson for the International Astronomical Union – North American Regional Office of Astronomy for Development, and Board Secretary for the Astronomers Without Borders Board of Directors. 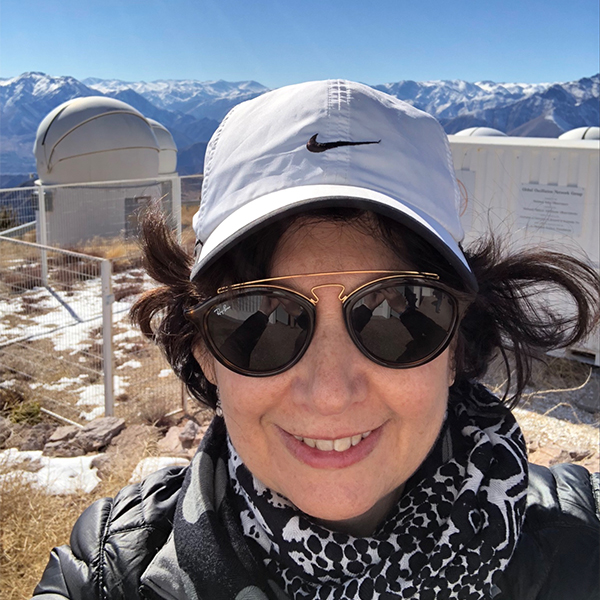 Shari Lifson is the Corporate Communications Coordinator for the Association of Universities for Research in Astronomy (AURA). She is responsible for working with AURA’s three centers: Space Telescope Science Institute, NSF’s NOIRLab, and  the National Solar Observatory to develop cross-center communication efforts and strategies. Prior to joining AURA, Lifson worked as a Communication Officer for the Center for Climate Systems Research at the Earth Institute/Columbia University. Shari Lifson holds a master’s degree from Columbia in Sustainability Management and a master’s in Visual Communication from the Pratt Institute. She is based at the AURA corporate office in Baltimore, Maryland. 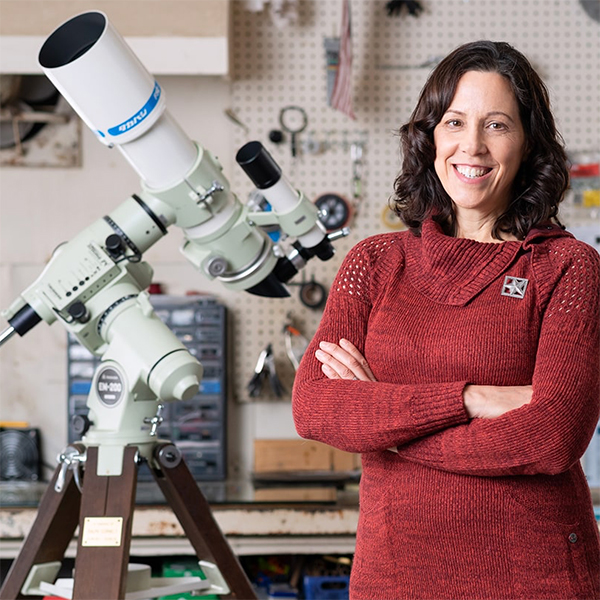 Kate Meredith is the President and Co-founder of Geneva Lake Astrophysics and STEAM (GLAS Education),  the former Director of Yerkes Education Outreach at Yerkes Observatory, and one of the founding members of the North American Regional Office of Astronomy for Development (NA ROAD) Kate is a former classroom teacher and is passionate about making STEAM accessible to everyone, regardless of ability or background. 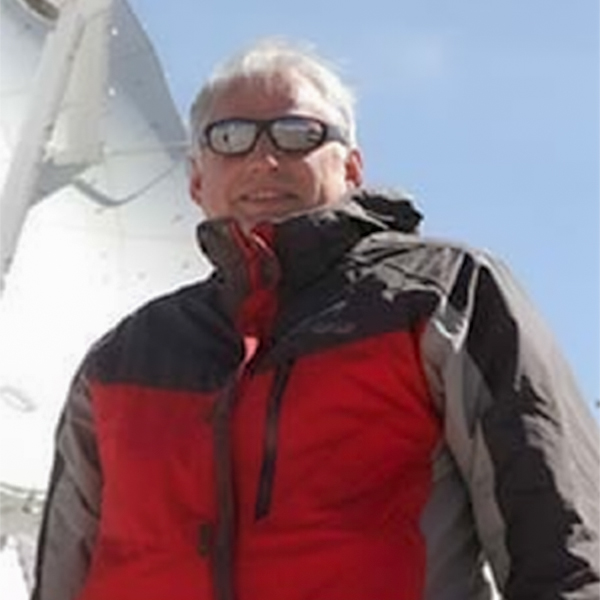 Tim is the Director of Education & Public Engagement at AUI where he manages the development and implementation of innovative STEM Education programs, and leads efforts to build domestic and international partnerships. Tim also serves as the current President for the Oil Region Astronomical Society, and Board Chairperson for Astronomers Without Borders. Prior to his role with AUI he taught astronomy and earth sciences at the high school and university levels and served as a K–12 Science Coordinator. Tim holds a doctorate in Curriculum & Instruction from West Virginia University. 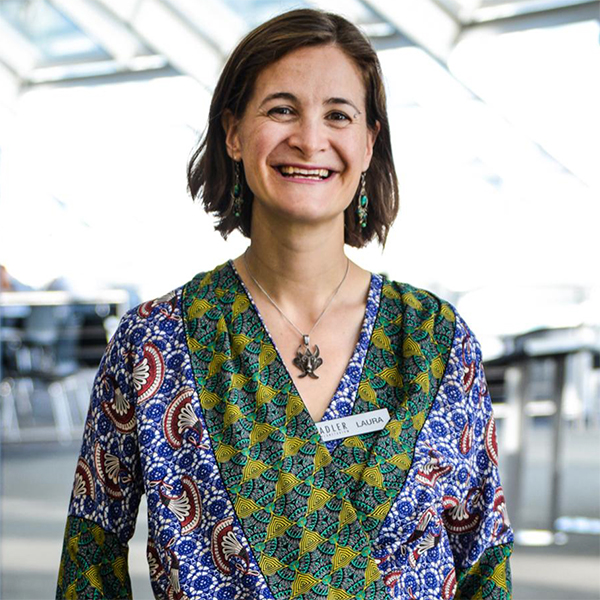 Dr. Laura Trouille is Vice President of Science Engagement at the Adler Planetarium in Chicago and co-lead for the Zooniverse.org people-powered research platform with over 80 active projects across the disciplines and 2 million participants worldwide. Her background is in astronomy as well as collaborating with education researchers on innovative ways to bring science to the public. 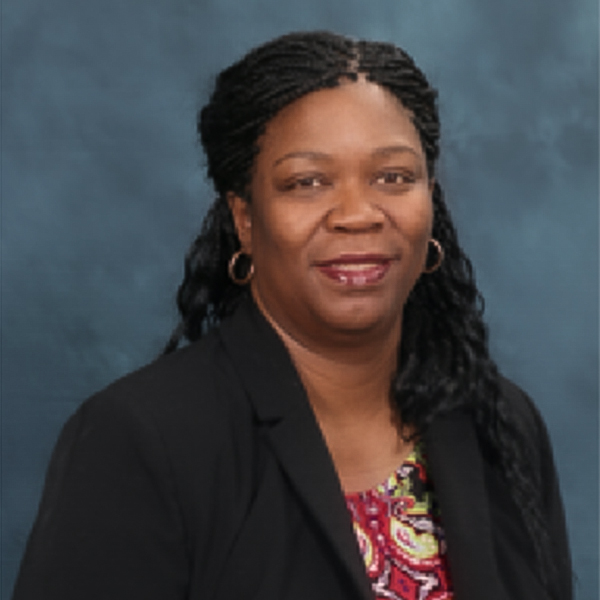 Tania Anderson is a committee member for the American Astronomical Society (AAS) and leads program management for the Youth for Astronomy and Engineering (YAE) at Space Telescope Science Institute. She has over 23 years of experience in non-profit, government, and academic backgrounds. Anderson’s expertise is in business operation and management, diversity training, STEM pipeline development, and outreach. 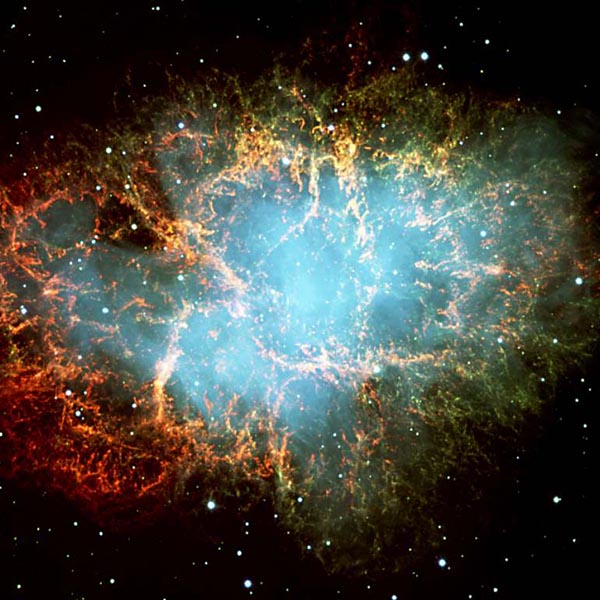 Dr. Ana Torres Campos has published studies about H II regions and star formation. In 2017, she also wrote as a guest author for Astrobites about the Event Horizon Telescope and its progress in obtaining an image of the supermassive black hole in the center of the Milky Way. 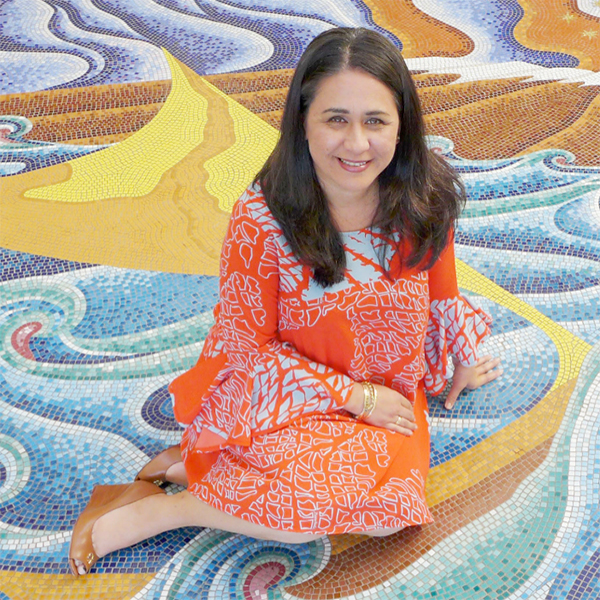 Ka’iu Kimura is the executive director of the ‘Imiloa Astronomy Center in Hilo. She was chosen in 2020 as one of Hawai’i Business Magazine’s “20 for the Next 20” for her work in “bringing Maunakea to the forefront through educational opportunities that couple the mountain’s culture and history with astronomy.” Kimura holds leadership roles at UH Hilo’s College of Hawaiian Language, Hawaiʻi Health Systems Corporation, Japanese Chamber of Commerce & Industry of Hawai‘i, the Hui ‘Oihana Hawai‘i Island Native Hawaiian Chamber of Commerce, and ʻOhana Waʻa Deep Sea Voyaging Organization. 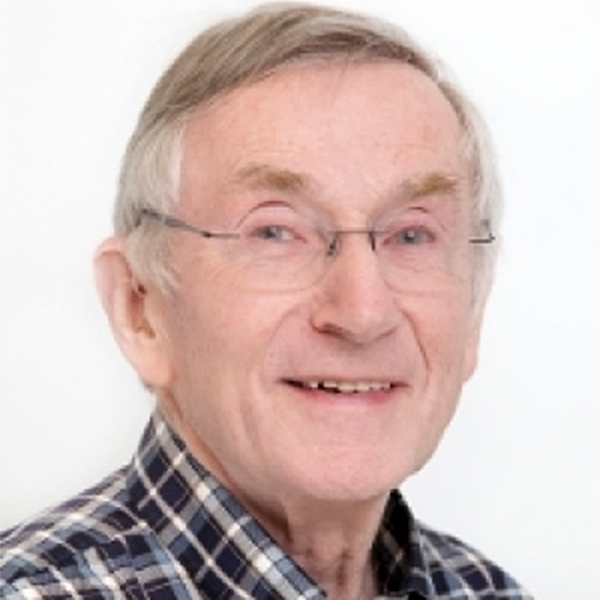 Dr. George Miley is a professor emeritus at Leiden University and wrote the original plan for the Office of Astronomy for Development. In addition to numerous publications and prestigious positions at various institutions, Dr. Miley started UNAWE (Universe Awareness) which aims to provide education about astronomy to underprivileged children. 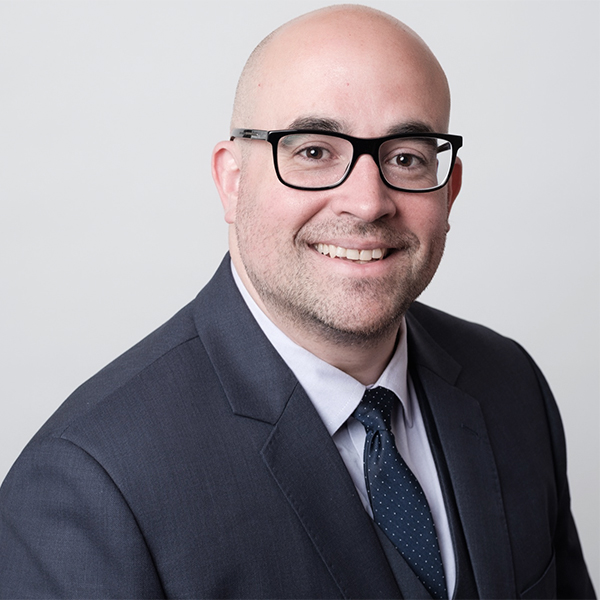 José Morey, M.D., also known as the first Intergalactic Doctor, and a leader in technology innovation. Dr. Morey is Founder and CEO of Ad Astra Media; a S.T.E.A.M. Edutainment company providing role models and educational S.T.E.A.M. content to encourage more diversity in S.T.E.A.M. related fields. Focusing on making S.T.E.A.M. resources and educational content accessible for underrepresented communities. He is an advisor to the Forbes Technology Council, NASA and a Fellow for the Eisenhower Foundation.  He has served as Associated Chief Health Officer for IBM Watson Health where he led the research and development of advanced medical AI technologies in the US and internationally from idea stage to commercialization. 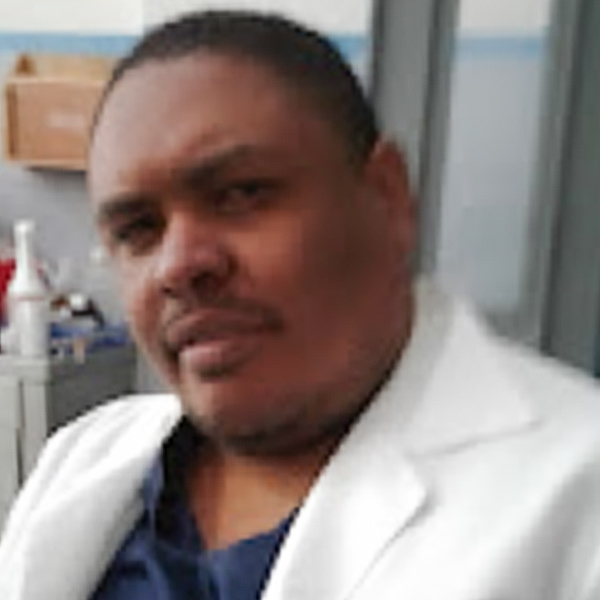 Dr. Rulx Narcisse is a founding member of Société Haïtienne d’Astronomie, which promotes education and interest in astronomy among young Haitians. The mission of this organization is to integrate Haitians into the broader scientific community. Narcisse is also the president of this organization. He received his OBGYN diploma from Haitian State University and an astronomy expert diploma from Bircham International University. He is also the National Outreach Coordinator (NOC Haiti) & National Astronomy Education Coordinator (NAEC Haiti) of the IAU’s OAO & OAE.

Anita Tenasco is an Anishinabeg from Kitigan Zibi. She has a Bachelor’s degree in history and teaching from the University of Ottawa, as well as a First Nations leadership certificate from Saint Paul’s University, in Ottawa. She has also taken courses in public administration at ENAP (The University of Public Administration). In Kitigan Zibi, she has held various positions in the field of education and, since 2005, is director of education in her community. Anita was an active participant in the Honouring Our Ancestors project, in which the Anishinabeg Nation of Kitigan Zibi, under Gilbert Whiteduck’s direction, was successful in the restitution of the remains of ancestors conserved at the Canadian Museum of History, in Gatineau. Anita also participated in the organizing of a conference on repatriation, in Kitigan Zibi, in 2005. 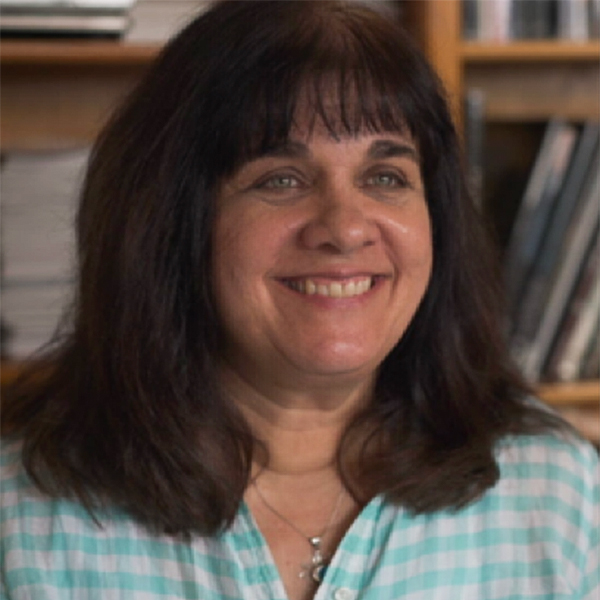 Connie Walker, PhD, is the chair of the International Dark-Sky Association (IDA)’s Outreach Committee. She has a background in astronomy and dark-sky education, and has worked at the National Optical-Infrared Astronomy Research Laboratory (NOIRLab) for almost 20 years in education.